As part of the Junior Classroom’s preparation for Euro 2012, the children have been learning all the flags of the teams competing in the football competition. Take a look at their flags! 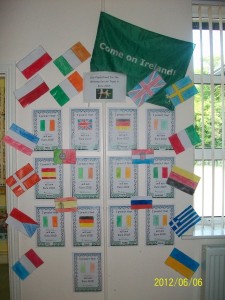 As well as learning the flags of the countries in Euro 2012, the children had to predict which team they think would win Euro 2012.

Here is a breakdown of their predictions so hopefully we will have a winner in our Class Euro 2012  Competition!!

We made our own cups with “green, white and gold” streamers on them to support the Irish Team! 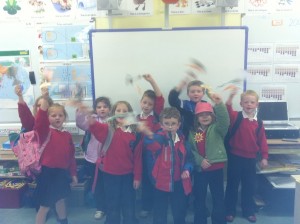 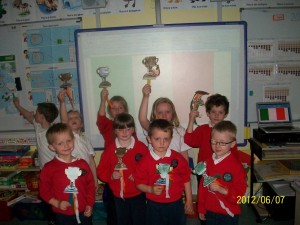