It’s beginning to look a lot like Christmas in the Junior Classroom!

The Christmas Preparations have begun at Wandesforde National School. To begin with, Junior & Senior Infants enjoyed a short trip to the Post Office at the start of December to post their letters to Santa! 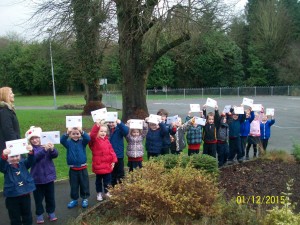 The children then enjoyed putting some decorations on the Christmas Tree in the school hallway! 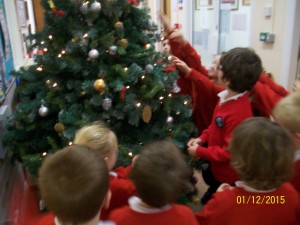 At the start of December, the children enjoyed learning about various aspects of Farming from Vincent O’ Sullivan, a local Heritage Specialist. They got to see and use a churn and even made their own butter! 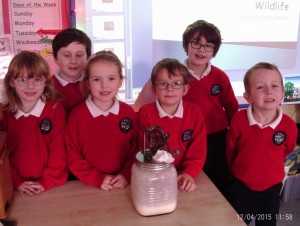 Not only this but they also got to use a mill which ground the grains of wheat into flour! 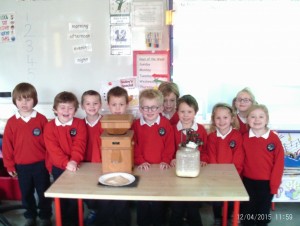 In Support of the work covered on “Friendship” in SPHE during November, the children made their own ‘Friend ‘ship’ & wrote down the qualities they like in a friend on their ship. 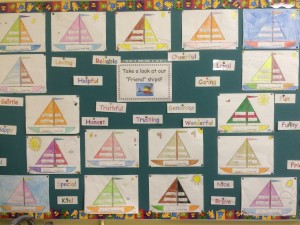 In Gaeilge, the children designed their own Christmas Jumpers. Didn’t they do a wonderful job 🙂 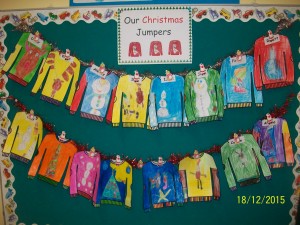 The children worked with clay in Art and made Christmas Owls in support of work covered on owls and nocturnal animals in SESE this month! 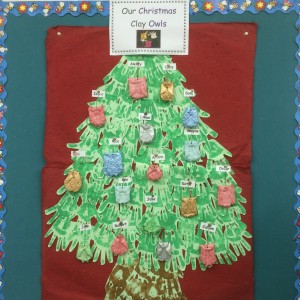 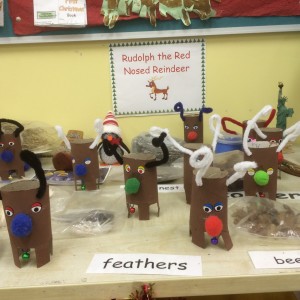 In support of work the children covered on “Light” in Science, they made their own Christmas Candles. 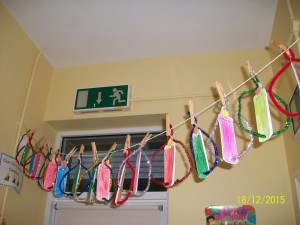 The children also did an In-Class Colouring Competition of Christmas Wreaths. Well done to all the children for such bright and colourful work! 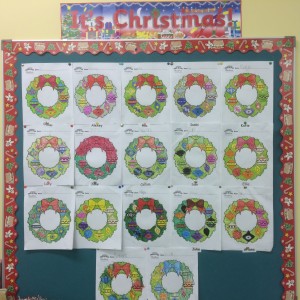 As a little treat before the Christmas Holidays, the children decorated their own Christmas Cupcakes. Mmmmmm!! 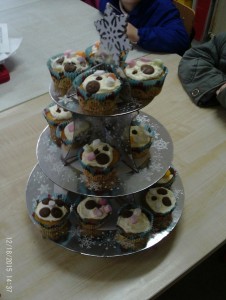 Finally, Christmas would not be Christmas without the Nativity. Junior & Senior Infants played the role of donkeys, cows and sheep in our School Carol Service. A big thank you to all the parents for doing such a fantastic job on their costumes!! 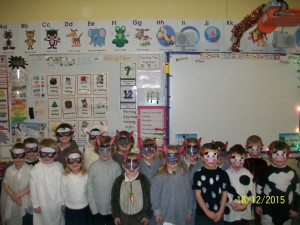 Happy Christmas everybody and best wishes for 2016 . See you all in the New Year!!

1 Response to It’s beginning to look a lot like Christmas in the Junior Classroom!