February has flown by once again in the senior room, take a look and see what we’ve been up to this month.

We took part in the Operation Transformation 10 @ 10 on the 10th of Feb. We’ve also tried to keep up doing some exercise between classes since then. 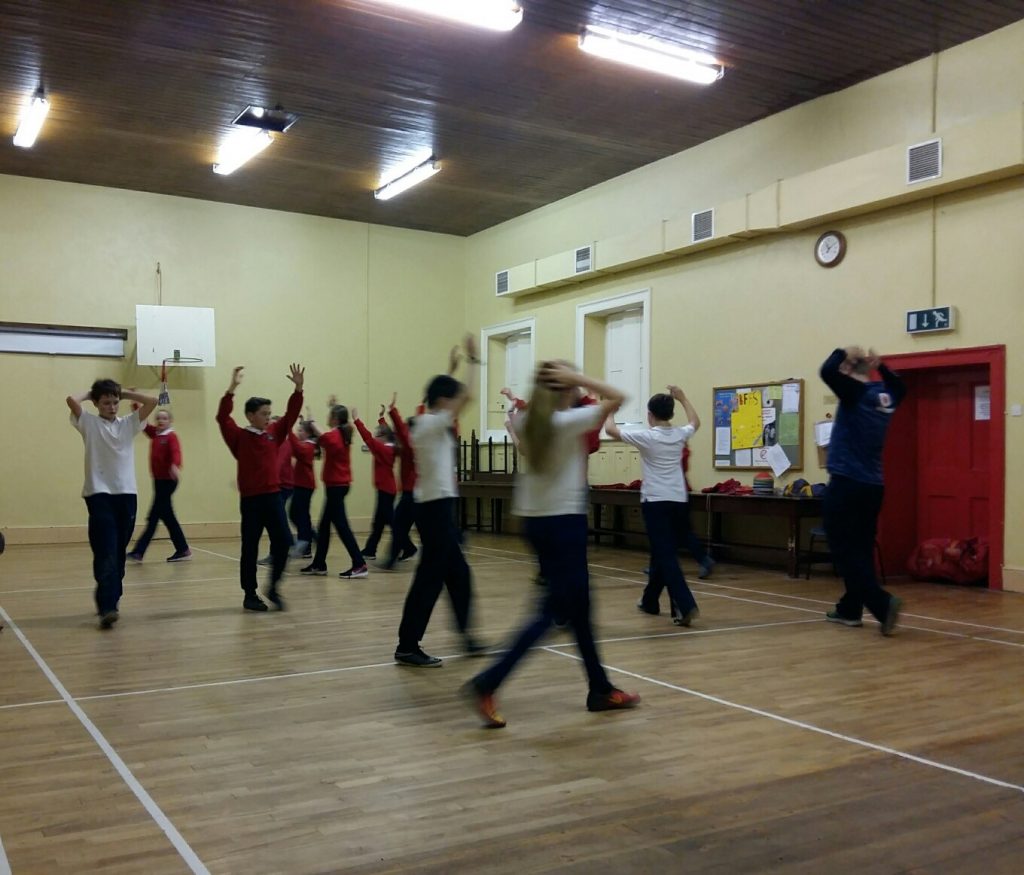 In art we painted in cold colours and made white tree silhouettes. We also enjoyed mixing primary colours to make secondary colours and created symmetrical designs. 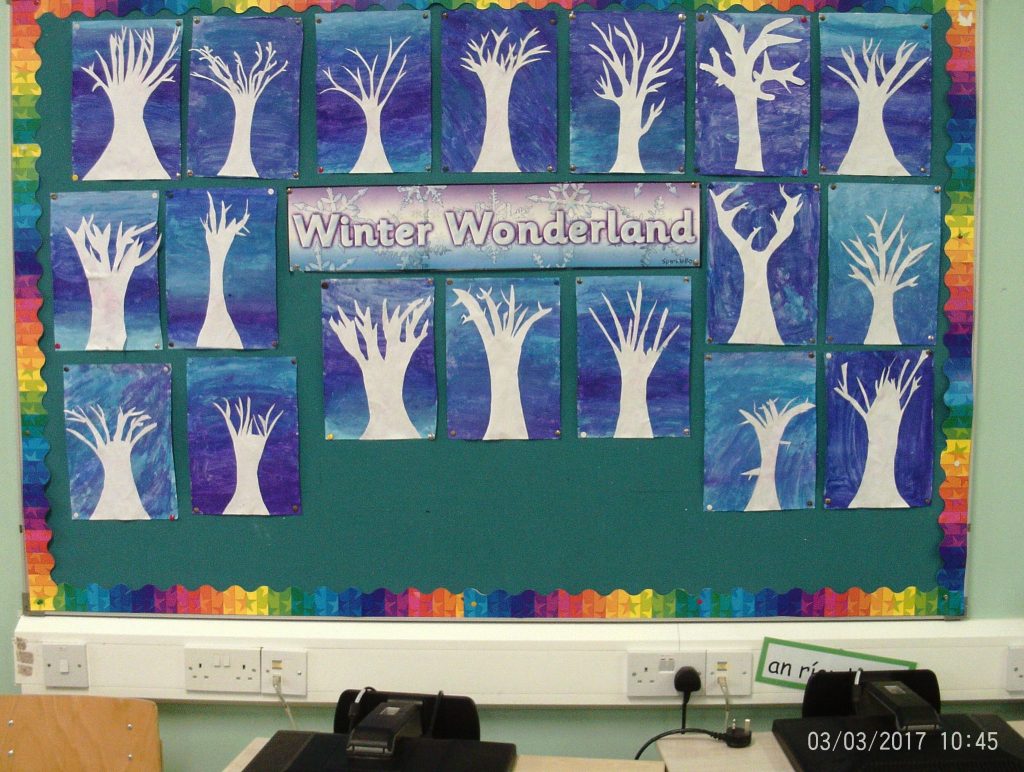 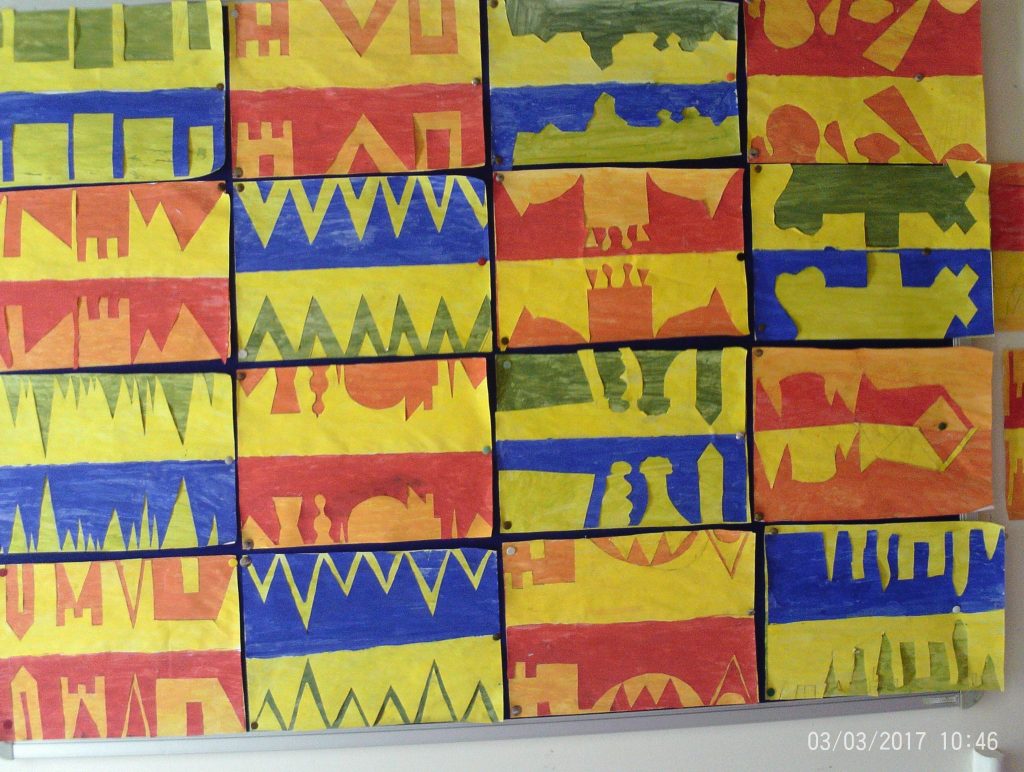 In drama we created sock puppets and performed a sketch with these which we made up ourselves. 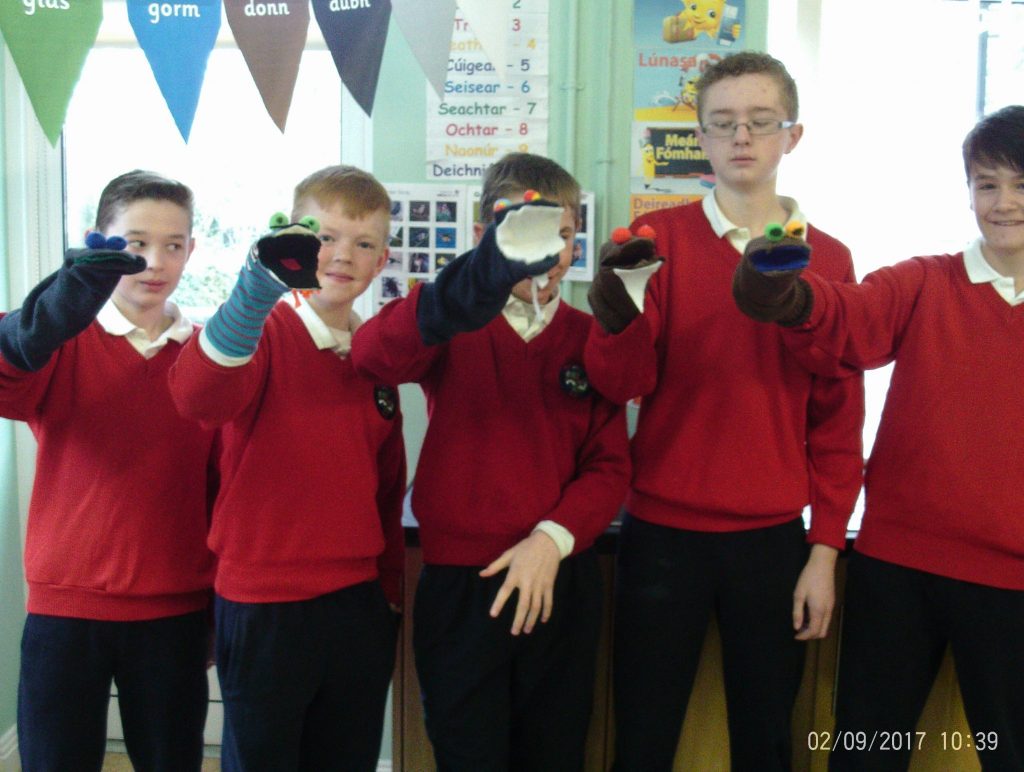 In Irish we were reading all about the things we do every day. We then wrote up accounts of our own day and illustrated them. 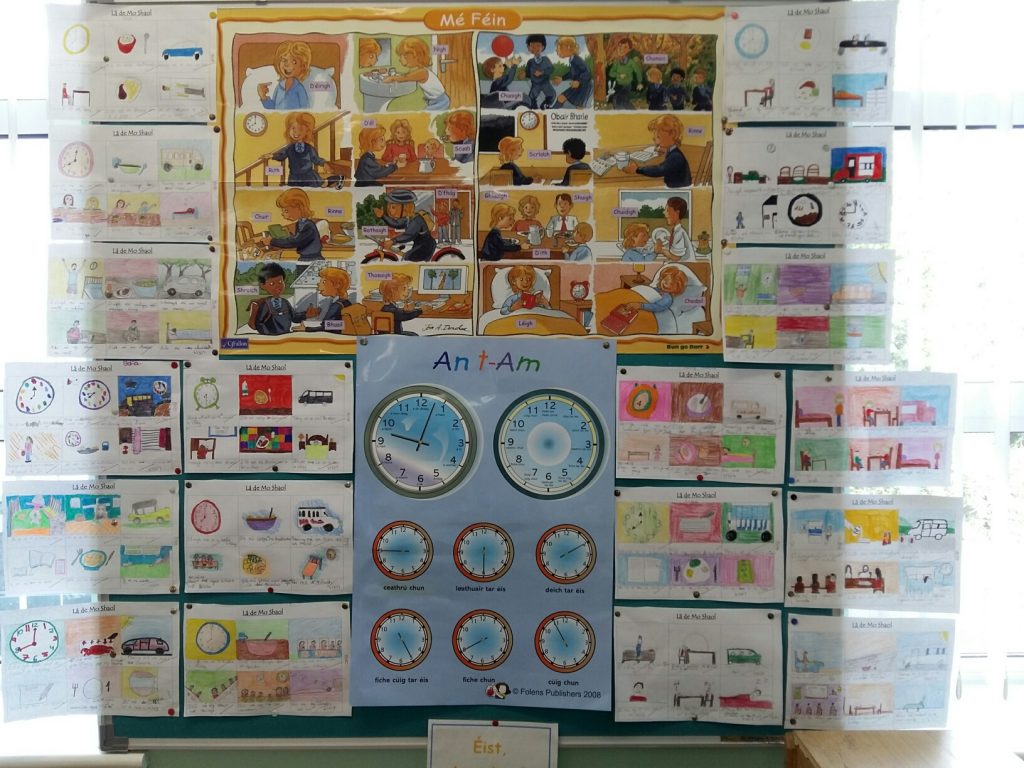 In geography we learned all about the moon, did you know that when the moon is waxing it’s getting bigger and when it’s getting smaller it’s waning. We drew all the different phases of the moon. 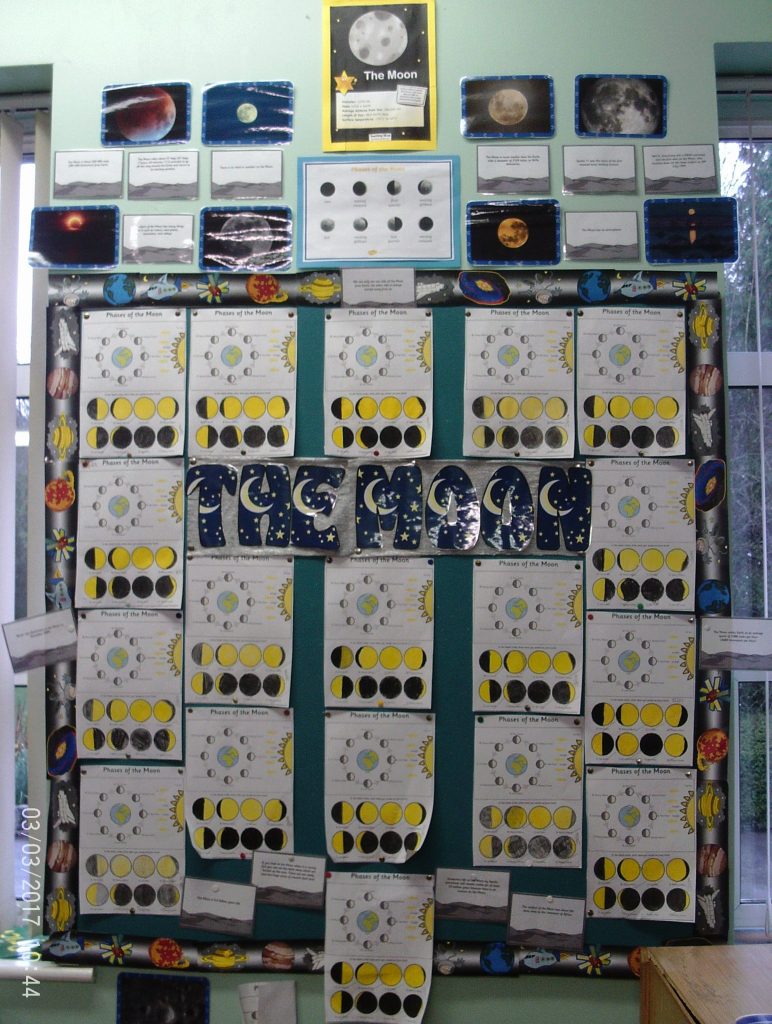 In music we learned ‘O Better Far to Live and Die’ from The Pirates of Penzance. We drew our own impressions of the pirate from the song. 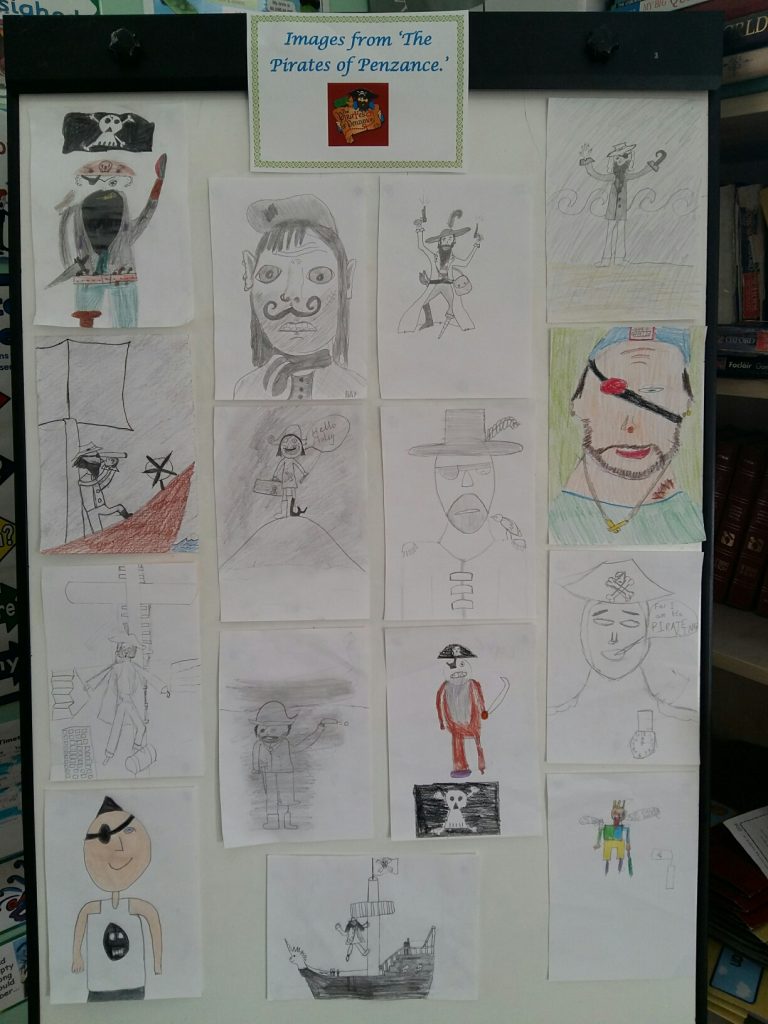 We have been learning all about the Normans in history and we wrote diary entries from the point of view of Strongbow. He was a Norman who sailed into Bannow Bay in Wexford and conquered Waterford and later Dublin. 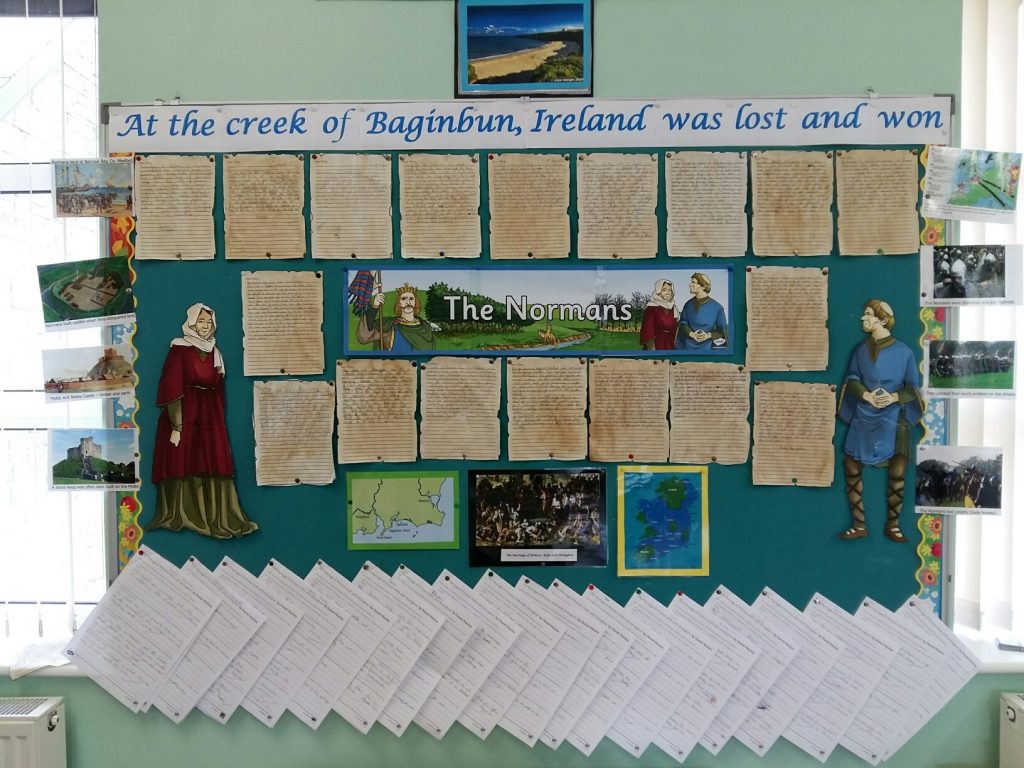 He also married Aoife who was the daughter of the King of Leinster, Dermot Mac Murrough. We looked at the painting ‘The Marriage of Strongbow and Aoife’ by Daniel Maclise in art class.

Finally the pupils let their creative talents shine when they came to school in a variety of costumes for World Book Day! 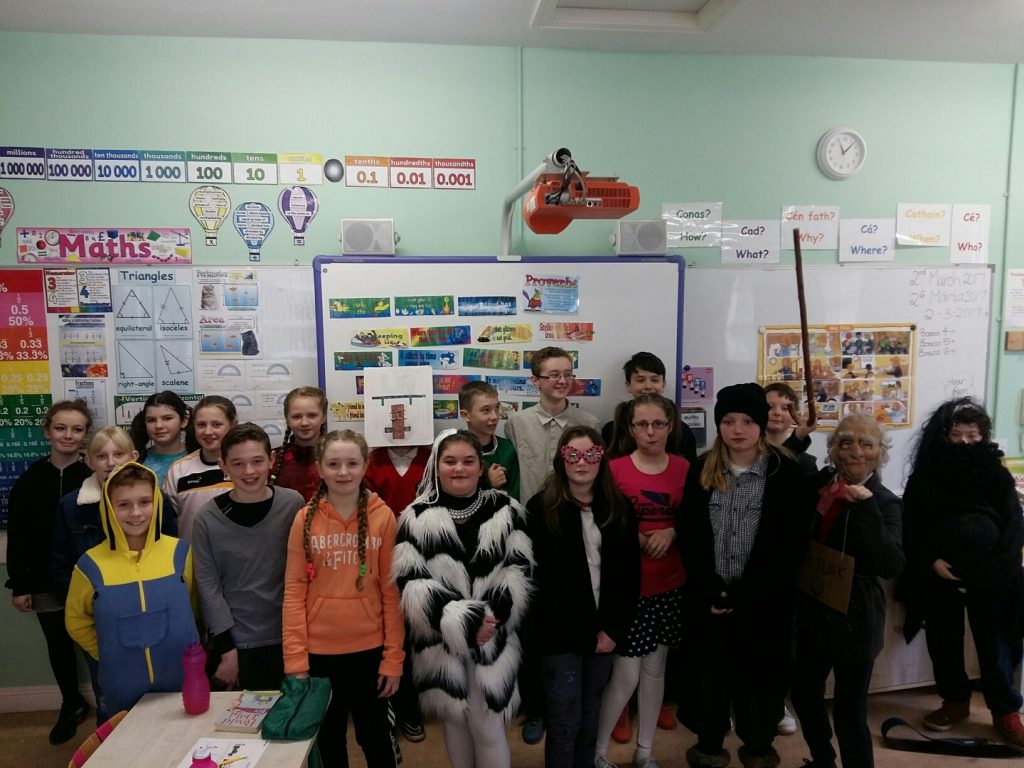